Check your electricity bills - it might have happened to you too.

Of course, generally you should check your bills anyway but heads up as this was my experience today. It was a complete

(the fellow I spoke to was quite pleasant, it's the facts of it that just crack me up).

Bill arrives in the inbox.
mmm... a little higher than usual. That's odd as we have been extra vigilant turning things off, we don't run aircon etc and the grid solar has been having a ball with the weather we've been having. ok... off to check the bill. scroll scroll...

hang on. There's no credit at all for the power we've generated from the solar...
ok. phone call.

all the usuals and then to the question. Roughly, this is how it went:
Me: I've just got a question about my bill. There's no credit on there for the power we've generated from the grid solar...
Synergy: oh... have you been getting credits before?
Me: yes, for the last few years it's been installed
Synergy: hmm... ok let me just have a look
Me: [waits]
Synergy: Um. It seems they didn't record the reading.
Me: oh... that's odd. both our use and output are read from the same meter.
Synergy: let me just check to see if there's an explanation why it wasn't read
[pause]
Synergy: it says they didn't record the reading because it was too high
Me:

they didn't record the reading because it's was too high? Well... [quite calmly] following that, my reading for my bill is a little high, perhaps I'll just disregard that as well then. Look I'm not having a go at you personally, but you can understand where I'm coming from. Of course the reading is high... it's been very hot and sunny weather. Just because someone doesn't like the result, they can't just disregard it and 'not pay' for it.
Synergy Rep: yes, I understand that... [goes on to the next step]
(he was quite pleasant to deal with and as perplexed as I was I think)

the long and the short of it was that they read the meter, decided the reading for the amount of electricity we had generated was too high, so simply didn't record it and didn't credit/pay us for anything! No explanation, no note no nothing. Three months of summer solar-generated power and no credit whatsoever.
Perhaps hoping we wouldn't notice?

It cracks me up. If my meter use is high, I can't just disregard the result and not pay it because I don't like how high it is.

Result: Someone is coming out to re read (and actually record, this time) the meter. It may take about two weeks for them to come and re read it. The meter was read on the 6th March, so I'll read it again tonight 13th March and every night until they read it, to make sure the reading is at least roughly in line with those numbers.

Anyway. For those of you with Synergy and grid solar, it might be worth checking your bills to see if the same has happened to you.
at Tuesday, March 13, 2012

That is just ridiculous...where is phone taping when you need it...it was too high, so we didnt pay you...get out of here.....cant wait to tell my husband this story.

That is incredible! What a bunch of clowns. Isn't it crazy that they think they can just ignore the reading, and am glad you gave them a reality check!

Oh yes cause that makes perfect sense, too high don't read, I love your smiley faces, totally makes me see your face when you are explaining it. Glad you got on top of it.

Impressive effort on their behalf eh!

Well the meter has been re-read... just waiting to see what the new bill says... and I am reading the meter in the evenings when I remember as well, just as a good habit to get into. Will let you know how it goes ;)

How ridiculous! I've heard of the problems people have had getting their systems installed properly and working properly (which discouraged our enthusiasm for getting it done for the time being) but I thought once all that was sorted it would be fine. And they never even contacted you to say they thought there was a problem! 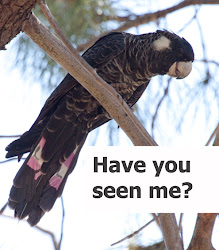 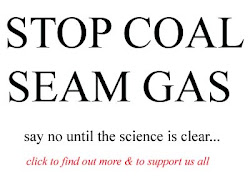 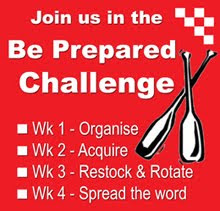